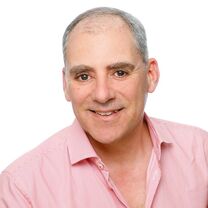 Canadian artist Gerard Gauci lives and works in Toronto, Ontario Canada. He was educated at the Ontario College of Art and Design and graduated with honours in 1982. His career encompasses the worlds of art, theatre and museum design.

As an artist Gauci explores period genres paying homage to earlier masters while giving his subjects a contemporary point of view. His canvases recording still life arrangements and historic European interiors reinterpret styles of the French and Italian baroque. Gauci has exhibited extensively in Canada in private and public galleries and is represented by the Galerie de Bellefeuille in Montréal.

Gauci is resident set designer for Opera Atelier, Canada's premier opera/ballet company specializing in producing opera, ballet and drama from the 17th and 18th centuries. Opera Atelier creates historically informed productions that both respect the aesthetic of their period and resonate with modern audiences. Gauci has worked with the company since its first fully staged production in 1985. He has designed the company's complete repertoire spanning Monteverdi to von Weber. His work for the stage has been seen across Canada, throughout the United States and in Europe. His sets have been presented by Houston Grand Opera, The Glimmerglass Festival in New York State and the Opéra Royal at Versailles. In 2018 Gauci debuted at the Rossini Opera Festival in Pesaro Italy with his designs for Rossini's Ricciardo e Zoraide. In the fall of 2018 he debutet with Opera Atelier at the Harris Theatre in Chicago and returned to Versailles with his production of Charpentier's Actéon and Rameau's Pygmalion.

As well as opera his career has expanded to include museum exhibition design. In 2010 he designed the exhibition Drama and Desire: Artists and the Theatre for the Art Gallery of Ontario in conjunction with the Musée d'Orsay. This exhibition explored the relationship between painting and theatre in 19th century Europe and included works by Ingres, Degas, Sargent and Toulouse Lautrec. In 2017, for the Aga Khan Museum in Toronto he designed Arts of the East: Highlights of Islamic Art from the Bruschettini Collection featuring extraordinary palace carpets from the 16th and 17th centuries. In 2018, also for the Aga Khan Museum he presented his design for the exhibition Emperors and Jewels: Treasures of the Indian Courts from the al-Sabah Collection, Kuwait. Most recently he  created exhibition designs for the Gardiner Museum. Savour: Food Culture in the Age of Enlightenment (2020) focused on the arts of the table and the 18th century revolution in food cultivation, preparation and presentation. Renaissance Venice: Life and Luxury at the Crossroads (2022) explored the cross-cultural influences of Byzantium and the Middle and Far East on Venetian material culture and featured Italian maiolica, Chinese porcelain, Islamic metalware and Venetian textiles.
Photo by Bruce Zinger